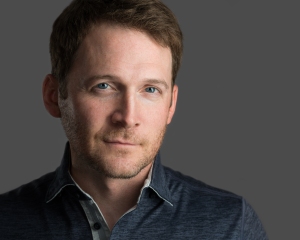 Kentucky native Lucas Bentley is set to play the “joker” role in the upcoming dark short, “Nellie.” His role as a confidant of the title character, Nellie, acts as both an antagonist and an emotional relief for the audience.

“I’m excited to play the role of Harold because, to me, I see him offering some comedic relief at times by way of his truthfulness – albeit blunt and rude,” said Bentley, who’s been a professional actor for over a decade. He was drawn to role initially for its villain character, Grayson, but quickly discovered he enjoyed the script for other reasons.

“I liked it being a Southern Gothic Tale done without mocking the region,” said Bentley, who can be seen in the Cincinnati-shot, Independent Feature Film “Josephine Doe,” as well as “A Kind of Murder,” which stars Patrick Wilson & Eddie Marsan.

For now, Bentley will prepare for the role by getting into the head of Harold and discovering his “wants/needs overall…How he truly thinks of Nellie will go a long way, I think, when he interacts with her and John.”

As for the dark humor within the script, of which Harold is mostly responsible, Bentley said, “It’s not forced. It’s humor that occurs in the moment unbeknownst to the character(s) because of their personality.”