COLUMBUS (OH) — Producer and Director Stephanie West has earned another film festival selection for her short film titled REVENGE INC., starring and written by Dianna Craig. REVENGE INC, produced by West’s company Eleven One Productions, will play on Friday, Oct. 1, at the Macabre Faire Film Festival in Lebanon, Tenn., as an Official Selection within the shorts … END_OF_DOCUMENT_TOKEN_TO_BE_REPLACED

COLUMBUS (OH) ~ Actress Tinuke Adetunji joins THE THIRD PERIOD feature-length film cast as “Paige,” hockey player and best friend to “Ana Olsky,” daughter of lead “Mike Olsky,” in this gritty hockey drama set to film in Columbus, Ohio, the summer of 2019. “Hockey is honestly what drew me to this film,” said Adetunji of … END_OF_DOCUMENT_TOKEN_TO_BE_REPLACED 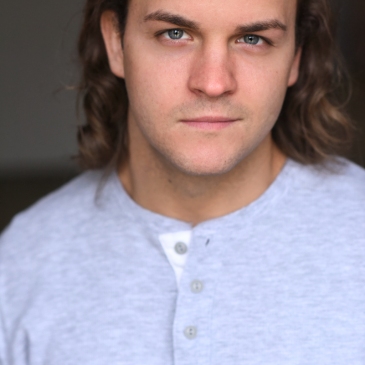 Hear what she has to say about the film and why it’s so special to her here:

The Third Period is the first feature-length hockey film in U.S. history to be written, produced and directed by a woman – former Fox Sports Ohio writer Steph Greegor   Myles Clohessy as “Teddy Hendrix”   COLUMBUS, OH (MAY 7, 2018) – Eleven One Productions has selected former athlete Myles Clohessy to join the gritty, … END_OF_DOCUMENT_TOKEN_TO_BE_REPLACED

From Emily Bench at Columbus Business First “Soon hockey fans in Columbus will be able to watch more than just Blue Jackets action. The city is going to be the setting of a new independent film called The Third Period. Steph Greegor, the film’s writer and producer, is a former Fox Sports Ohio journalist who grew … END_OF_DOCUMENT_TOKEN_TO_BE_REPLACED

COLUMBUS – Eleven One Productions welcomes CD102.5 as its “Official Radio Partner” of the feature film production THE THIRD PERIOD, set to be filmed in Columbus, Ohio, beginning June of 2019 and released in 2020. THE THIRD PERIOD is a character-driven drama set in the world of ice hockey and follows an aging hockey star … END_OF_DOCUMENT_TOKEN_TO_BE_REPLACED