West has two short films in pre-production through her independent production company, Eleven One Productions, based in Columbus, Ohio. The first is the short thriller REVENGE, INC. from Columbus writer Dianna Craig, which West is directing and producing. The second is a psychological, southern Gothic thriller titled NELLIE, written, directed, and produced by West.

THE THIRD PERIOD is a feature-length drama set in the hockey world and co-produced by West in Columbus, Ohio. West covered the NHL’s Columbus Blue Jackets for five seasons as a writer and Blue Jackets Live guest. It’s the first feature-length hockey film in U.S. history to be helmed by a woman. 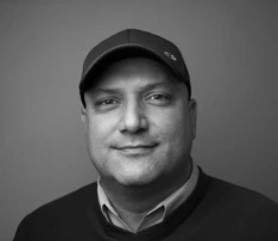 Len Hartman is the founder and president of Ohio Film Group, based in Columbus. Ohio. OFG has worked on projects including: ACTS OF VIOLENCE with Bruce Willis; GOTTI with John Travolta; ARSENAL with John Cusak and Nicholas Cage; and AFTERMATH with Arnold Schwarzenegger, among other films throughout the country.

Hartman is an award-winning screenwriter and film producer. The American Film Institute (AFI) graduate’s feature film projects include: HOMESTEAD, which won AFI’s Richard Levinson Endowed Scholarship for Screenwriting; FREE STATE OF JONES, a Civil War era historical drama starring Matthew McConaughey; an adaptation of GOOSEBUMPS, based on R.L. Stine’s worldwide best-selling children’s book series; and an adaptation of the best-selling children’s series, DRAGONOLOGY, for Universal Pictures. Hartman is currently writing a bio-pic focused on the famous American abolitionist and statesman, Frederick Douglass. He also serves as a member of the Board of Trustees at Columbus College of Art and Design (CCAD).