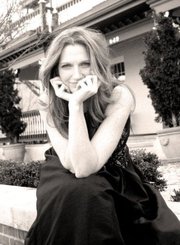 Writer/Director Steph Greegor was featured in her hometown newspaper August 2015 for shooting her first film, “Olsky.”

The article was written by Kate Snyder for The Times Recorder.

“COLUMBUS – For 10 years, Steph Greegor has been writing screenplays. This weekend, she will turn one of them into a short film for the first time.

Greegor, a former reporter for the Times Recorder, grew up near Cambridge and attended John Glenn High School, which she graduated from in 1998. For all her life, she said, of all the interests and jobs she’s had, stories and words have remained constant.

“I feel like everything in my life has prepared me for this moment,” Greegor said.”

Read the remainder of the story HERE.