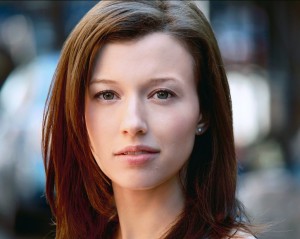 Dianna Craig joins the production of the short film, “Nellie,” as its lead in the title role. Nellie is a prison guard who finds herself in a horrific situation and must face her worst fears in order to survive.

“I’m excited by the chance to play a wider range of emotions and by the increased pressure to do justice to Nellie’s story as an actor,” said Craig, who explained the final version of the script, versus the original, gave her a lot to work with as an actor. “The whole story was deepened and expanded, giving Nellie’s arc more depth and a more optimistic conclusion.”

Craig, a self-described “Army brat,” joins the 34-minute short film following a childhood that saw her living in Georgia, South Carolina, Texas, and Kentucky, before she moved to New York and studied acting as an adult. She spent a decade in the Big Apple before making her way back to Columbus, Ohio, and earning roles in multiple films and commercial projects. Represented by CAM Talent, Craig is also a screenwriter, who does detailed character histories when preparing for her roles.

“I type out a stream-of-consciousness style history from the character’s childhood up to the events of the film,” said Craig, adding that the dark humor in “Nellie” is a very natural emotion for the characters in this script. “Humor is a valid part of anyone’s reaction to an overwhelmingly dark situation.”