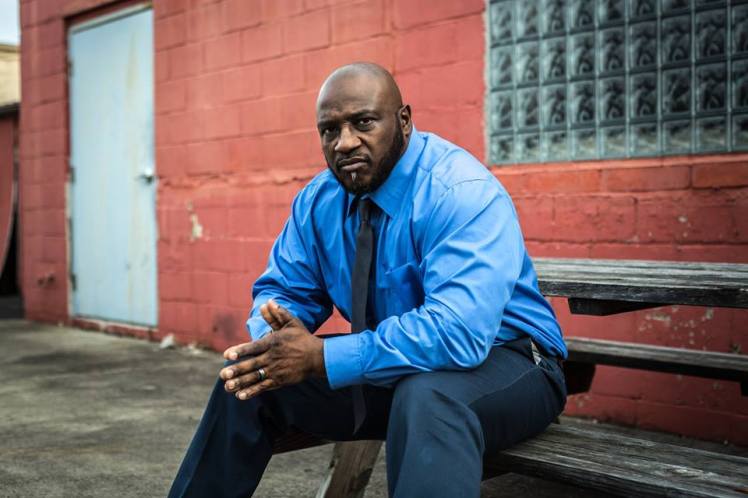 Detroit-native Brian Bowman, who starred in feature films “Madtown” and “478,” joins the cast of “Nellie” as the tough, but forgiving Sheriff of a small, southern town in the United States. Bowman, who now resides in Columbus, said he’s played a cop or police officer in multiple projects, but this is the first time, “I actually get to give my police character some depth.”

“I’m excited to see just how far I can take this character,” said the devoted husband, father of four and grandfather of seven. He added he’s looking forward to the challenge that the location of the script offers.

“It takes place in a southern atmosphere so I’m excited about that challenge due to me being raised in the Midwest,” Bowman said. Plus, “being a horror writer, I loved the thriller aspect of this script.”

Bowman, who is also a manager, head writer and CFO for Black Jack Entertainment Agency, said prepping the role starts with studying notes from the director then “I close my eyes and envision the scenes. Usually when I do this I get a scene playing in my head with famous actors playing the parts. Whoever I envisioned playing my character is who I pattern the role after.

“This character is not too dark, yet he knows the secrets and darkness of the entire town,” said Bowman, a graduate of John Casablanca Modeling and Talent Management. “So to be able to wrangle such a town with that much darkness, then he has to basically be fearless and not opposed to going into a dark place himself.”

The key to managing the darkness of the script and the dark humor within it, is to just “let the scene flow.”

“Facial expressions and body language speak just as loud as dialogue in these situations,” said Bowman, who also carried an MBA from Franklin University. “Getting close with your cast mates and going over the scene until it flows naturally is how I would balance dark and situational humor.”