The Third Period is the first feature-length hockey film in U.S. history to be written, produced and directed by a woman – former Fox Sports Ohio writer Steph Greegor 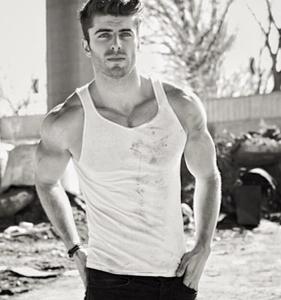 “I think it’s incredibly important that real hockey players are in this film,” Greegor said. “Hockey fans are very particular about what they see on film. They know when it’s real and they know when you’re faking it. So, there’s no faking here. We have legit players, who also have entertainment experience.”

Clohessy is a former Division I soccer player for Central Connecticut State University, who also played a couple years of hockey and is now training with a pro hockey coach.

“I got some of the skating genes from my mom (figure skater Catherine Erhardt)…so I grew up skating a lot,” said Clohessy. “Hockey is a sport that I’ve always loved. It’s exciting that I’m getting back into it. This is a skill set that takes immense dedication, and that’s something that I look forward to honing and perfecting to the best of my ability before we start shooting.”

For Clohessy acting is a family business. He grew up going to set with his father, actor Robert Clohessy (Blue Bloods, The Avengers). Clohessy attended the Purchase Conservatory of Acting in NY, played prime time T.V. guest star roles as well as and is a current Wilhelmina model. You can spot him on the hit T.V. show Quantico during the second half of this season.

“I’m really excited for Steph. I know Steph loves hockey, and I think it will give it a better perspective other than all of the male-centric sports films that have come out,” said Clohessy, who was especially impressed with The Third Period’s script, also written by Greegor. “I think Steph has a really great script here that’s really character-driven and isn’t just about sports, but how through sports you can overcome the hardest struggles in life. I think that’s something that’s really unique about the script that I’m excited to delve into.”

“I was going through something similar to the main character, Mike Olsky, while I was covering hockey and it absolutely inspired me to write this script,” Greegor said. “Ice hockey is a beautiful sport; precise, fast, and tough. And I wanted to capture that in film. Particularly at a time when the hockey fan base is growing, especially among women and kids. It’s exciting for me, as a woman, to be one of the first helming such a male-dominated arena.”

The Third Period will be produced by Len Hartman, an award-winning screenwriter and film producer who worked on projects including Free State of Jones, a Civil War era historical drama starring Matthew McConaughey. Ohio Film Group will provide post-production services.

The Third Period is set to be filmed in Columbus from June 3 through July 14 of 2019.

For more information on the film, visit the Official Website.